S/M Fash was a FRA Life Member of 48 years. He served in World War II, at 18 years old participating in the Omaha Beach landing in Normandy on D-Day.  He then went on to serve in the Korean War, and in Vietnam. Frank retired from the Navy as a Chief Petty Officer and then worked for St. Elizabeth’s Hospital in the Hematology Department. He then went on to work at the National Institute of Health where he was engaged in neurological research, and co-authored several peer reviewed articles for medical journals. He and his wife moved to Grantsville in 1982. He was a member of Divine Mercy Parish, St. Ann Catholic Church, and he was an avid collector, reader, and researcher.

For his full obituary please see the link below:
https://www.newmanfuneralhomes.com/notices/Frank-J-Fash 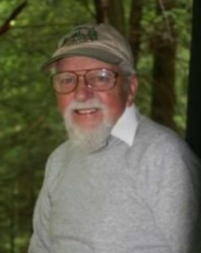 Shipmate Williams was a FRA Member of 34 years. Shipmate Williams served in the U.S. Navy for 22 years. He married Julie Diehl in 1962 and raised two children. After his retirement, he continued working as an HVAC mechanic until moving to Delaware in 1995.

Shipmate Williams had been a longtime member of the American Legion and Veterans of Foreign Wars, as well as the FRA retired association. He loved gardening, golf, classic country music, watching football (he played tackle on his champion football team in high school). He was an avid crabber and loved captaining his pontoon boat on the Indian River. He and his wife crossed the U.S. three times in their RV and loved the adventure.

For his full obituary please see the link  below:
https://www.coastalpoint.com/obits/fred-williams-79/article_63da746d-b7ef-5609-ab02-6c1fcf3fad8e.html 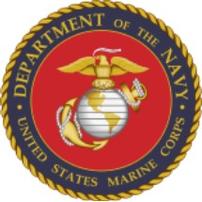 Shipmate Reichard was a FRA Honorary Member for 29 years.  He was the beloved husband of the late Frances Irene Reichard for 67 years.  Born January 31, 1932 in MD, he was the son of the late Kenneth and Gladys (Martin) Reichard.

For his full obituary please see the link  below:
https://www.staufferfuneralhome.com/notices/Carol-Reichard

Shipmate Grohowski was a FRA Member for 49 years.  After graduating high school, he enlisted in the US Navy working as a Hospital Corpsman with the rank of Chief Petty Officer. He was a proud WWII Veteran, having served on two submarines, USS Bashaw and USS Diablo, and retired from the Navy after 20 years of service.

For his full obituary please see the link  below:
https://www.legacy.com/obituaries/washingtonpost/obituary.aspx?pid=190529716

S/M Stewart was a FRA Member of 38 years.   S/M Stewart retired from United States Navy in 1984. He enlisted in 1961 and served with the USS Will Rodgers “SSBN-659” as a medical Corpsman during his service with both the Navy and the Marines Corps. After his retirement from the Navy he was employed by the United States Post Office, Gaithersburg, MD.

S/M Stewart was an active member of the Tri-State Base of Submarine Veterans; a life-member of both the American Legion Post #68, Twinbrook, MD where he was part of the color guard and the V.F.W. Post 2562, Twinbrook, MD where he served as chaplain and other committee chairs. He was also a member of the Washington-Rockville Elk’s Lodge #15; the Grand Lodge of A.F. and A.M. of Connecticut; and the Fleet Reserve Association.

For his full obituary please see the link  below:
https://www.bowersoxfuneralhomes.com/obituary/Felix-B.-Stewart/Greencastle-Pennsylvania/1819145

Shipmate Baxter was a Life FRA Member of 44 years. Born in Kannapolis, NC. He served in the Navy from July 1955 to June 1974 as a Cryptologic Technician.  Resided in Las Vegas, NV.

Our Deepest Sympathies to the Baxter Family.

​No obituary or photo could be found. 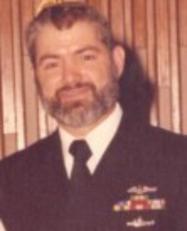 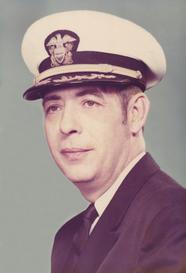 S/M Jones was a FRA Member of 32 years.  He served aboard the USS Wisconsin and the USS Intrepid, as well as at the US Merchant Marine Academy.  He left active duty because he felt his dream naval career was incompatible with family life, but he continued to drill in the Reserves, serving at the Naval Reserve Surface Division 3-76(L) and 3-77(L), Group Command 5-5(M) and the Naval Reserve Readiness Command. In the Reserves, he commanded the Naval Reserve Surface Division 5-37(L) and was the Naval Reserve Director of Naval Education and Training HQ Unit 106, with the latter resulting in him earning the Navy Commendation Medal and the Unit earning the Navy Unit Commendation. He also received a commendation letter for leadership from the Secretary of the Navy.

For his full obituary please see the link  below:   https://www.pumphreyfuneralhome.com/obituary/Capt.-Thomas-E.-Jones/Potomac-MD/1811194

Shipmate Harris was a FRA Member for 42 years.

He retired from the U.S. Navy as a Gunners Mate Senior Chief.

No obituary or picture was found.