S/M Murphy was a Life FRA Member of 26 years. Terry served with distinction in the United States Navy for 20 years – more than 10 of those years overseas on diesel and nuclear powered submarine patrols including both the Korean and Vietnam Wars.  He was a qualified scuba diver.  He retired from The Navy as a Senior Chief Petty Officer.
​

For his full obituary please see the link below:

S/M Albin was a FRA Member of 45 years. Warren joined the Navy at 17 years of age. He trained hard to be an HMCS corpsman. He was sent with the Marines to Korea where he was wounded in action earning a Purple Heart. He was sent to a Japanese hospital and then later recovered in Hawaii. He loved to tell the story of how the Navy had mistakenly informed his family that he was KIA and afterward how he surprised them by appearing at his brother Richard’s house a few months later. He once made an impromptu speech at a Veteran’s ceremony saying, “I would do it all over again.” He retired as Senior Chief Petty Officer from the US Navy, but continued to work at Bethesda Naval Hospital until he retired from there and moved to Texas.

For his full obituary please see the link below:  http://www.ariacremation.com/obituary/19367/ 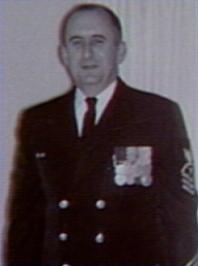 Shipmate Carey was a FRA Member for 51 years.

For his obituary please see the link  below:
https://www.legacy.com/obituaries/washingtonpost/obituary.aspx?fhid=6151&n=daniel-carey&pid=193838459

S/M Vernon was a FRA Life Member of 61 years. William was a resident of Elizabethtown, Illinois at the time of passing. He was retired from the US Navy and the Hardin County General Hospital.

For his full obituary please see the link below:
https://www.legacy.com/obituaries/name/william-vernon-obituary?pid=191198157 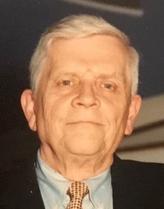 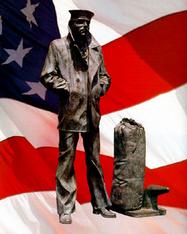 S/M Harmon was a FRA Life Member of 65 years. Bill was a veteran of World War II, the Korean conflict and the Vietnam War. He joined the Navy in 1944. He served on several ships including the USS Southerland (DDR 743), ATR 66 Rescue Ocean Tug, the USS Dunn County (LST 762), and the USS Palau (CVE 122). He later qualified for submarines and became a radio operator on the USS Pomphret (SS 391). He would eventually go on to serve on the USS Bream (SSK 243), USS Carp (SSK 338), USS Bugara (SS 331), USS Tira (SS 416), USS Remora (SS 487), USS Tang (SS 562), USS Nautilus (SSN 571) and the USS Skate (SS 578). He was also part of the Naval Intelligence Group as a cryptologist or a "Spook". His duty stations took him from the mountains of Western Pennsylvania to the South China Sea, with one tour in China and two tours in Japan. He tracked foreign naval activity in the straits of Japan, skirting sonar nets to monitor ship movement. He also had duty stations in Adak, Alaska, Iceland, Germany, San Juan, PR, Norfolk, VA, and his beloved Scotland.  He retired from the US Navy in 1968.

For his full obituary please see the link below:
https://www.legacy.com/obituaries/washingtonpost/obituary.aspx?fhid=6151&n=william-harmon&pid=191245625 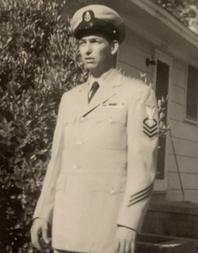